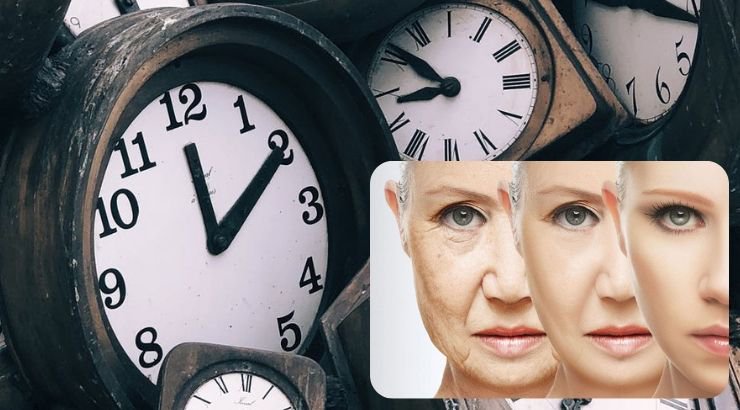 A person’s biological age, measured by the epigenetic clock, can lag behind or exceed their chronological age

A small clinical study in California has suggested for the first time that it might be possible to reverse the body’s epigenetic clock, which measures a person’s biological age.

For one year, nine healthy volunteers took a cocktail of three common drugs — growth hormone and two diabetes medications — and on average shed 2.5 years of their biological ages, measured by analyzing marks on a person’s genomes. The participants’ immune systems also showed signs of rejuvenation.

The results were a surprise even to the trial organizers — but researchers caution that the findings are preliminary because the trial was small and did not include a control arm.

Biomarkers and aging: The clock-watcher

“I’d expected to see slowing down of the clock, but not a reversal,” says geneticist Steve Horvath at the University of California, Los Angeles, who conducted the epigenetic analysis. “That felt kind of futuristic.” The findings were published on 5 September in Aging Cell.

“It may be that there is an effect,” says cell biologist Wolfgang Wagner at the University of Aachen in Germany. “But the results are not rock solid because the study is very small and not well controlled.”

The epigenetic clock relies on the body’s epigenome, which comprises chemical modifications, such as methyl groups, that tag DNA. The pattern of these tags changes during the course of life, and tracks a person’s biological age, which can lag behind or exceed chronological age.

Scientists construct epigenetic clocks by selecting sets of DNA-methylation sites across the genome. In the past few years, Horvath — a pioneer in epigenetic-clock research — has developed some of the most accurate ones.

The latest trial was designed mainly to test whether growth hormone could be used safely in humans to restore tissue in the thymus gland. The gland, which is in the chest between the lungs and the breastbone, is crucial for efficient immune function. White blood cells are produced in bone marrow and then mature inside the thymus, where they become specialized T cells that help the body to fight infections and cancers. But the gland starts to shrink after puberty and increasingly becomes clogged with fat.

Evidence from animal and some human studies shows that growth hormone stimulates regeneration of the thymus. But this hormone can also promote diabetes, so the trial included two widely used anti-diabetic drugs, dehydroepiandrosterone (DHEA) and metformin, in the treatment cocktail.

Epigenetics: The sins of the father

The Thymus Regeneration, Immunorestoration and Insulin Mitigation (TRIIM) trial tested 9 white men between 51 and 65 years of age. It was led by immunologist Gregory Fahy, the chief scientific officer and co-founder of Intervene Immune in Los Angeles, and was approved by the US Food and Drug Administration in May 2015. It began a few months later at Stanford Medical Center in Palo Alto, California.

Fahy’s fascination with the thymus goes back to 1986, when he read a study in which scientists transplanted growth-hormone-secreting cells into rats, apparently rejuvenating their immune systems. He was surprised that no one seemed to have followed up on the result with a clinical trial. A decade later, at age 46, he treated himself for a month with growth hormone and DHEA, and found some regeneration of his own thymus.

In the TRIIM trial, the scientists took blood samples from participants during the treatment period. Tests showed that blood-cell count was rejuvenated in each of the participants. The researchers also used magnetic resonance imaging (MRI) to determine the composition of the thymus at the start and end of the study. They found that in seven participants, accumulated fat had been replaced with regenerated thymus tissue.

Checking the effect of the drugs on the participants’ epigenetic clocks was an afterthought. The clinical study had finished when Fahy approached Horvath to conduct an analysis.

Horvath used four different epigenetic clocks to assess each patient’s biological age, and he found significant reversal for each trial participant in all of the tests. “This told me that the biological effect of the treatment was robust,” he says. What’s more, the effect persisted in the six participants who provided a final blood sample six months after stopping the trial, he says.

“Because we could follow the changes within each individual, and because the effect was so very strong in each of them, I am optimistic,” says Horvath.

Researchers are already testing metformin for its potential to protect against common age-related diseases, such as cancer and heart disease. Fahy says that the three drugs in the cocktail might contribute separately to the effect on biological aging through unique mechanisms. Intervene Immune is planning a larger study that will include people of different age groups and ethnicities, and women.

Regenerating the thymus could be useful in people who have underactive immune systems, including older people, he says. Pneumonia and other infectious diseases are a major cause of death in people older than 70.

Cancer immunologist Sam Palmer at the Heriot-Watt University in Edinburgh says that it is exciting to see the expansion of immune cells in the blood. This “has huge implications not just for infectious disease but also for cancer and aging in general”.

To learn more about the benefits

visit us today at

Aging and How to Protect Yourself

7 Smart Strategies to Reduce Risk of Accelerated Aging in Men