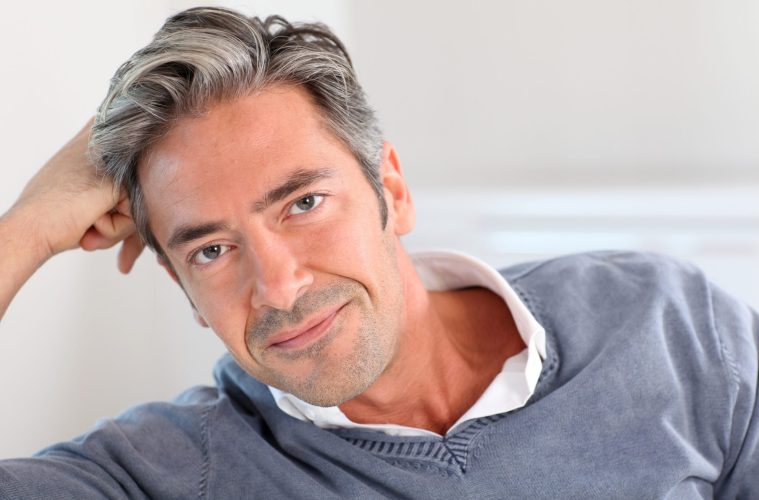 Many patients ask what is the time frame for testosterone health benefits.

How long for muscle mass and strength effects to show?

The major goal of testosterone replacement therapy (TRT) is to boost deficient levels of testosterone to a point that is both clinically acceptable and that which provides symptomatic relief to the patient.

One study that involved use of testosterone with growth hormone found a significant increase in lean body mass. Maximal muscle strength had occurred by the 16th week of use of both hormones.

Another study showed that it took 12 weeks to reach maximum strength levels with testosterone use alone.

Many people are aware of the fact that women with long-term estrogen deficiency are more prone to getting osteoporosis, a bone-thinning disease. Less well known is that men deficient in testosterone can also be afflicted by this disease, and strangely, for the same reason.

This has implications for health, in that higher estrogen levels in older men are linked to onset of prostate cancer and cardiovascular disease. But that higher estrogen also may protect bone mass. This scenario would only be applicable to men with higher body fat levels, since fat is a prime area of aromatase activity. In men who are lean, the lack of sufficient testosterone could result in osteoporosis.

Testosterone is known to play a significant role in helping to prevent obesity. One way it does this is by controlling the pathway of pluripotent stem cells. These are immature cells that can take a pathway to become either fat cells or muscle cells. With sufficient levels of testosterone, these cells take the pathway to muscle, rather than fat. Testosterone also prevents the conversion of such cells into fat cells.

With age, men tend to accumulate fat in the abdominal area of the body. The deep-lying fat in the abdomen, known as visceral fat, is the most dangerous fat found in the body. This fat is labile, meaning that it’s constantly being broken down. When that happens, the fat is transported to the liver, where it’s converted into cholesterol.  Visceral fat is also associated with diabetes, insulin resistance, and cardiovascular disease.

Although many doctors refuse to prescribe testosterone because of a belief that it promotes cardiovascular disease, in fact, the opposite is true.

Testosterone begins to lower elevated cholesterol levels in about a month after starting usage. The average significant drop happens in about 3 months.

As far as high density lipoprotein (HDL), which is considered protective against CVD, some studies show a rise, others a drop. Since much of the effect of testosterone on HDL levels depends upon conversion into estrogen, if you also use an aromatase inhibitor drug, which blocks the conversion of Testosterone into estrogen, the beneficial effects of Testosterone on HDL may not be as apparent. Recent studies with Arimidex, a popular AI drug, show that this effect isn’t as common as previously believed. HDL increases follow the same time frame as that of LDL with testosterone.

The incidence of diabetes is increasing alarmingly world-wide. In most cases, this is due to a combination of obesity and lack of physical activity. But since testosterone also helps to control bodyfat levels, especially the type of fat most linked to insulin resistance (visceral fat), it makes sense that testosterone may help prevent diabetes onset through ameliorating some of the early symptoms of the disease, such as insulin resistance.

Testosterone helps to lower elevated blood glucose levels, but doesn’t affect normal glucose levels. It also lowers insulin levels (which itself helps you lose fat). These effects show up in 3-9 months, according to studies. In fact, the lowering of elevated blood glucose and insulin resistance can show up after only a month on testosterone, especially if you also exercise. Testosterone can lower elevated glucose in only one week!

A lowering of diastolic blood pressure by Testosterone happens in 3-9 months. A drop in resting heart rate occurs after 40-44 weeks of Testosterone therapy.  Testosterone also lowers arterial stiffness, a prime cause of CVD, in only two days.

Testosterone relieves angina pectoris, linked to atherosclerosis of the coronary arteries, after 14 weeks, and increases exercise capacity in heart failure patients after 3 months.

Testosterone boosts libido or sex drive in an average of 3 weeks. It provides beneficial effects on erections after 3 weeks of use. Depression is relieved after 3 weeks, along with a significant mood elevation. Anxiety goes down, while self-confidence goes up after a month on Testosterone. Fatigue drops after a month, too.

The starting place for any hormonal optimization or peptide program is a thorough evaluation including seeing a physician and blood draw to see if you are a candidate for therapy.

RenewFX Health is currently accepting new patients and offers a comprehensive evaluation, blood test and state-of-the-art screening. If you are interested to slow down the aging process, and to look and feel young again, our Bio-identical Hormone Therapy programs might be the piece to the puzzle that you are missing.

or to learn more,

please visit us at www.renewfx.com

Vitamin D: When Enough is Enough

Low Testosterone and Depression: Is There a Connection?