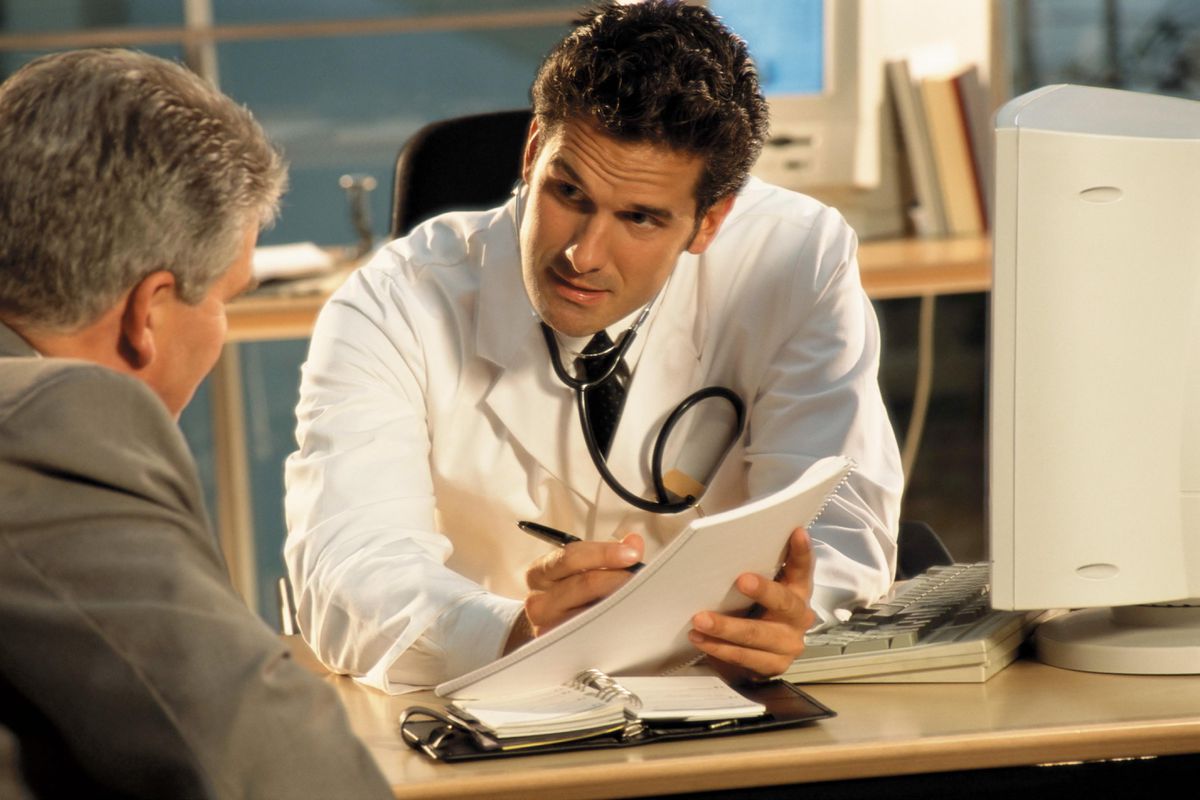 Dr. Abraham Morgentaler, an associate professor of surgery at Harvard Medical School and the director of Men’s Health Boston, specializes in treating prostate diseases and male sexual and reproductive difficulties.

It could be said that testosterone is what makes men, men. It gives them their characteristic deep voices, large muscles, and facial and body hair, distinguishing them from women. It stimulates the growth of the genitals at puberty, plays a role in sperm production, fuels libido, and contributes to normal erections. It also fosters the production of red blood cells, boosts mood, and aids cognition.

Over time, the testicular “machinery” that makes testosterone gradually becomes less effective, and testosterone levels start to fall, beginning in the 30s. As men get into their 40s, 50s, 60s, and beyond, they may start to have signs and symptoms of low testosterone such as lower sex drive and sense of vitality, erectile dysfunction, decreased energy, reduced muscle mass and bone density, depression and anemia. Taken together, these signs and symptoms are often called hypogonadism (“hypo” meaning low functioning and “gonadism” referring to the testicles).

Researchers estimate that the condition affects anywhere from two to six million men in the United States. Yet it is an underdiagnosed problem, with only about 5% of those affected receiving treatment.

Dr. Abraham Morgentaler has developed particular expertise in treating low testosterone levels. In this interview, Dr. Morgentaler shares his views on current controversies, the treatment strategies he uses with his own patients, and why he thinks experts should reconsider the possible link between testosterone-replacement therapy and prostate cancer.

What signs and symptoms of low testosterone prompt the average man to see a doctor?

As a urologist, I tend to see men because they have sexual complaints. The primary hallmark of low testosterone is low sexual desire or libido, but another can be erectile dysfunction, and any man who complains of erectile dysfunction should get his testosterone level checked. Men may experience other symptoms, such as more difficulty achieving an orgasm, less-intense orgasms, a smaller amount of fluid from ejaculation, and a feeling of numbness in the penis when they see or experience something that would normally be arousing.

The more of these symptoms there are, the more likely it is that a man has low testosterone. Many physicians tend to dismiss these “soft symptoms” as a normal part of aging, but they are often treatable and reversible by normalizing testosterone levels.

Aren’t those the same symptoms that men have when they’re treated for benign prostatic hyperplasia, or BPH?

Not exactly. There are a number of drugs that may lessen sex drive, including the BPH drugs finasteride (Proscar) and dutasteride (Avodart). Those drugs can also decrease the amount of the ejaculatory fluid, no question. But a reduction in orgasm intensity usually does not go along with treatment for BPH. Erectile dysfunction does not usually go along with it either, though certainly if somebody has less sex drive or less interest, it’s more of a challenge to get a good erection.

How do you determine whether a man is a candidate for testosterone replacement therapy?

But no one quite agrees on a number. It’s not like diabetes, where if your fasting glucose is above a certain level, they’ll say, “Okay, you’ve got it.” With testosterone, that break point is not quite as clear.  It’s more about the symptoms than just a number on a lab report.

Other than improvement in sexual symptoms, what are some of the potential benefits of testosterone-replacement therapy?

Some studies have looked at testosterone therapy and cognition.

Although the findings weren’t definitive, there was some evidence of cognitive improvement. Other studies have shown that it improves mood. Testosterone therapy has also been shown to be effective in the treatment of osteoporosis and in increasing muscle bulk and strength.

What risks do you consider when prescribing testosterone-replacement therapy?

When patients ask about risks, I remind them that they already have testosterone in their system and that the goal of testosterone treatment is to restore its concentration back to what it was 10 or 15 years previously. And the molecule itself that we give is identical to the one that their bodies make naturally, so in theory, everything should be hunky-dory. But in practice, there are always some curveballs.

For example, testosterone can increase the hematocrit, the percentage of red blood cells in the bloodstream. If the hematocrit goes up too high, we worry about the blood becoming too viscous or thick, possibly predisposing someone to stroke or clotting events. Although, frankly, in a review that I wrote in the New England Journal of Medicine where we reviewed as much of this as we could, we found no cases of stroke or severe clotting related to testosterone therapy. Nevertheless, the risk exists, so we want to be careful about giving testosterone to men who already have a high hematocrit, such as those with chronic obstructive pulmonary disease, or those who have a red-blood-cell disorder.

Although it’s rare to see swelling caused by fluid retention, physicians need to be careful when prescribing testosterone to men with compromised kidney or liver function, or some degree of congestive heart failure. It can also increase the oiliness of the skin, so that some men get acne or pimples, but that’s quite uncommon, as are sleep apnea and gynecomastia (breast enlargement).

Haven’t there been any studies that follow men who go on testosterone-replacement therapy to see what their rate of cancer is compared with that in men who are not on it?

A significant point that I’d like to make for people worried about a link between high testosterone and prostate cancer is that it just doesn’t make sense.

Prostate cancer becomes more prevalent in men as they age, and that’s also when their testosterone levels decline. We almost never see it in men in their peak testosterone years, in their 20s for instance.

What’s your strategy for the concomitant administration of erectile dysfunction drugs?

My preference is to start men on testosterone, for a couple of reasons. First, if a man has successful return of his own erections, it’s like a home run for him. He doesn’t have to take a pill in anticipation of having sex. He can have sex whenever he wants.

Second, the benefits of testosterone replacement therapy often go way beyond erectile dysfunction. That may be what brought the patient into the office originally, but then he comes back saying how much better he feels in general, how much more energetic and motivated he is, how his drives on the golf course seem to be going farther, and how his mood is better.

But if somebody fails testosterone therapy, meaning that their erections aren’t any better, I’ve said, “Well, let’s stop the testosterone and try one of the PDE5, or phosphodiesterase type 5, inhibitors — sildenafil (Viagra), tadalafil (Cialis), and vardenafil (Levitra).”

A lot of patients then say, “Well, actually, I’d like to stay on the testosterone. True, it’s not helping my erections, but I’m more turned on, and I’m getting these other benefits.” So, we often continue the testosterone and add a PDE5 inhibitor.

There’s a significant failure rate of the PDE5 inhibitors for erectile dysfunction, something on the order of 25% to 50%, depending on the underlying condition. It turns out that a third of those men will have adequate erections with testosterone-replacement therapy alone and another third will have adequate erections with the pills and testosterone combined. There’s still a third who don’t respond, but normalizing their testosterone level has definitely rescued many men who had failed on PDE5 inhibitors.

The monitoring that needs to happen for men who begin testosterone therapy is really very simple: PSA, and a blood test for hematocrit or hemoglobin, once or twice in the first year and then yearly after that, which is pretty much what we recommend for most men over age 50 anyway.

What changes do you see taking place on the testosterone front over the next five years?

I think that the importance of testosterone for cardiovascular health is going to be increasingly recognized. In the past, because men die of heart attacks more often than women and men have more testosterone, the fear has been that testosterone causes heart problems. But every single study of whether testosterone is bad for the heart has been negative, and what people haven’t pointed out in most of those negative studies is that there may be a beneficial effect.

I think that low testosterone is under-recognized, its effects are greatly under-appreciated, and its diagnosis isn’t readily understood. This is an area that has tremendous research potential in the coming years.

The starting place for any hormonal optimization or peptide program is a thorough evaluation including seeing a physician and blood draw to see if you are a candidate for therapy.

RenewFX Health is currently accepting new patients and offers a comprehensive evaluation, blood test and state-of-the-art screening. If you are interested to slow down the aging process, and to look and feel young again, our Bio-identical Hormone Therapy programs might be the piece to the puzzle that you are missing.

Call us today to schedule your consultation

or to learn more,

please visit us at www.renewfx.com

Too much iron may increase the risks of strokes

Hypothyroidism in Men vs. Women