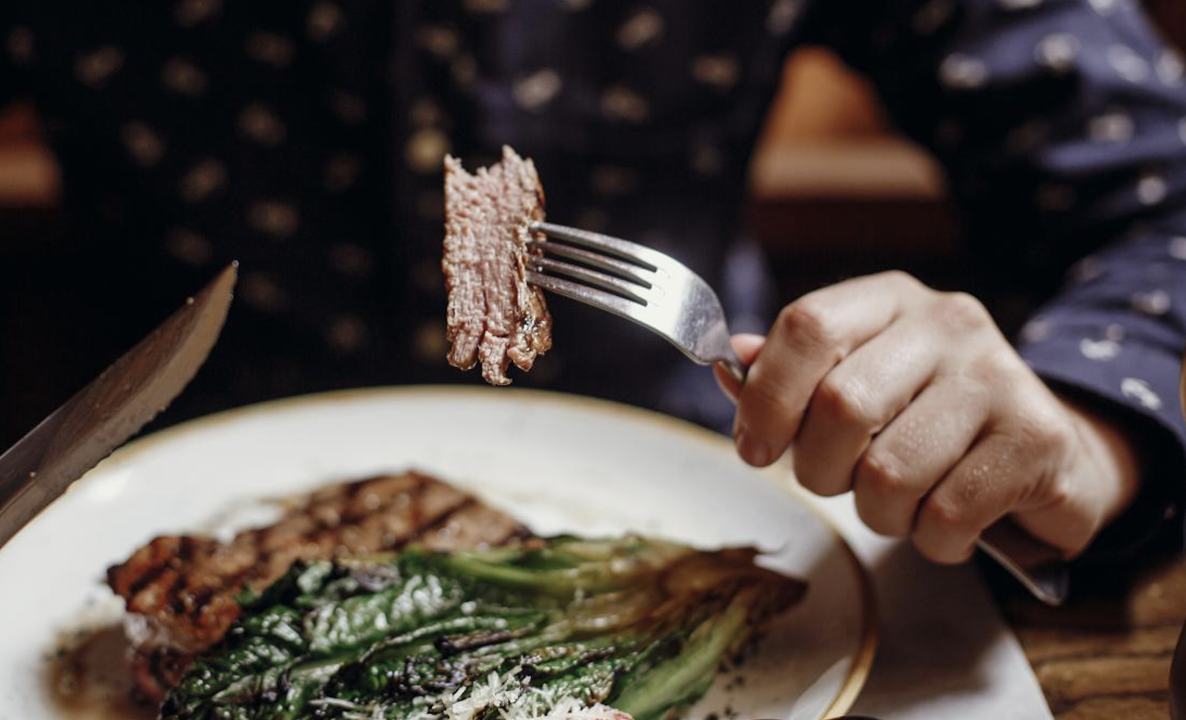 Is Red Meat Really Good for You?

Yet a careful reading of these articles reveals the exact opposite! They found that dietary patterns with a moderate reduction in red and processed meat consumption had a 13% lower rate of premature death from all causes, a 14% reduction in cardiovascular disease mortality, an 11% decrease in cancer mortality, and a 24% decrease in the risk of type 2 diabetes.

In other words, there are compelling reasons—from these studies and also from many others to reduce red meat and processed meat consumption.

Because of this, Dr. John Sievenpiper, a Canadian nutrition scientist who is one of the authors of these Annals papers, strongly disagrees with their conclusions and recommendations. Also, three of the 14 Annals panelists voted against the panel’s recommendations not to reduce red meat consumption.

In over 40 years of directing randomized controlled trials and demonstration projects published in the leading peer-reviewed journals, my colleagues and I found that much bigger diet and lifestyle changes can actually reverse the progression of many chronic diseases.

For example, the Lifestyle Heart Trial was a randomized, controlled clinical trial showing that a vegetarian diet low in fat and refined carbohydrates (plus walking, meditating, and social support) can reverse the progression of even severe coronary heart disease. The control group made modest reductions in meat comparable to those in the Annals review and showed continued worsening (progression) of coronary atherosclerosis.

Indeed, there was a dose-response correlation between the degree of change in diet and the degree of improvement, as we found in all of our studies—in other words, the more people changed their diet and lifestyle, the more they improved, at any age.

Many patients who were told that they would have to take drugs for the rest of their lives to lower their blood pressure, cholesterol levels, and blood sugar were able to reduce or discontinue these medications under their doctor’s supervision when they made these comprehensive lifestyle changes.

According to the Harvard School of Public Health, a moderate reduction in red meat consumption could reduce mortality by 7.6% or approximately 200,000 deaths per year in the U.S.

The Annals articles went on to say, “Omnivores are attached to meat and are unwilling to change this behavior when faced with potentially undesirable health effects.”

This is simply not true. Medicare created a new benefit category to provide coverage for the Ornish Program for reversing heart disease, and many major insurance companies are doing the same. We have trained hospitals and clinics with Sharecare in 19 states. We have data from over 10,000 patients who have gone through it. Although the program is only nine weeks long, 85-90% of people are adhering to it as prescribed after one year—in Jackson, Mississippi and Benton, Arkansas as well as in major cities.

For example, patients reported an average 91% reduction in frequency of angina after only three weeks. For someone who can’t walk across the street without severe angina, or make love, or play with their kids, or go back to work without chest pain who is now able to do all of those things, they experience that what they gain is more meaningful than what they give up. This is not a placebo response, as cardiac function improved after only 24 days in a randomized controlled trial.

As another example of how powerful these diet and lifestyle changes can be, and how quickly they can occur, over a dozen men and women healed so quickly that they no longer needed a heart transplant!

And if you want to see how a plant-based diet can greatly improve athletic performance in world-class athletes—as well as sexual performance—check out The Game Changers, a new documentary by James Cameron, Louie Psihoyos, James Wilks and others. https://gamechangersmovie.com

Fundamentally, it is important to distinguish what is easy from what is true. Nicotine is as addictive as crack cocaine, but we don’t tell patients, “Oh, it’s too hard to quit, so just smoke less.” Americans are fatter than ever, but responsible physicians don’t tell their patients that it’s too hard to lose weight, just eat whatever you want and be happy.

Antibiotic resistance is also increasing due to feeding antibiotics to livestock.

Why would the Annals publish articles with such poor methodology by investigators most of whom have little if any training in nutrition and then misrepresent these findings?

I can only speculate, and it may be that these editors and authors genuinely believe that they’re doing the right thing. I hope I don’t sound cynical, but medical journals are very competitive with each other. They are all compared against each other using a metric called the “impact factor,” which is based significantly on their circulation and the number of stories they generate in the general media.

The impact factor is a driving force in a journal’s prestige and advertising income. Publishing this article made headlines worldwide and told many people what they want to hear, which will likely make the Annals’ impact factor go up.

And since newspapers, magazines, and book publishers are under increasing economic stress, they sometimes publish articles that tell their readers what they want to hear even when it’s not true.

For example, Dr. Atkins sold millions of books extolling the benefits of a diet high in meat and fat before he died of heart failure and had a history of a heart attack and high blood pressure, according to the published medical examiner’s report of his death. Having been in many debates with him and his acolytes over the years, I made a choice several years ago not to do these any more—just to focus on doing high-quality peer-reviewed research and making this information available to whomever can benefit from it.

But this series of articles in the Annals is so egregious, I decided to respond. It scares me to think that the “fake news” disinformation campaign often seen in politics recently is now reaching into science—and the tobacco companies before them—in ways that cause people not to know who to trust or believe. Chaos eventually ensues.

This is the environment that autocrats and others in power like to create because it makes people more willing to accept authoritarian figures who say they will bring a sense of order to the perceived chaos. The meat industry and some large processed food corporations also benefit from this confusion in the public—“These damn doctors and scientists can’t make up their minds, to hell with them, I’ll eat whatever I want.”

The truth is that the preponderance of a large body of well-done scientific studies—many of which were not included in these reviews—makes it clear that the more red meat and processed meat you eat, the greater your risk of a wide variety of chronic diseases and premature death from all causes.

Having seen what a powerful difference a whole foods plant-based diet low in fat and refined carbohydrates along with moderate exercise, stress management, and social support can make in people’s lives, these Annals articles, and the way they have been misrepresented by the journal, deeply sadden me. Many people are likely to be discouraged from making these lifestyle changes that could have transformed their health and their lives for the better.

I take solace in knowing that the light drives out the darkness. But, these days, the light has to be very bright indeed. Caveat emptor. Don’t be fooled. Your life may depend on it.

To learn more, contact us at RenewFX Health and Wellness

The Link between Sugar Intake and Chronic Inflammation