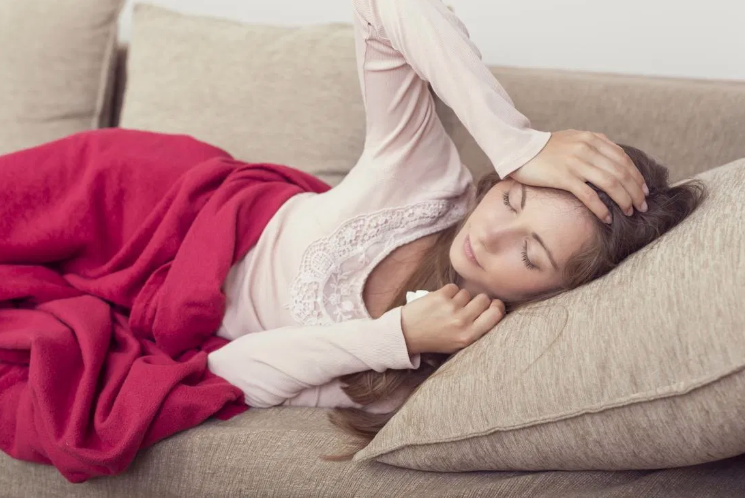 Are you looking for information that explains how to avoid catching the flu? Although complete immunity can’t be guaranteed, we have put together some top tips that might just protect you from getting sick this flu season.

Steps can be taken to try to reduce your risk of infection from flu viruses.

Incredibly, the flu pandemic of 1918–1919 killed more people than the First World War.

And today, between 9.2 million and 35.6 million cases of flu arise each year in the United States.

Flu is a highly contagious respiratory illness that is caused by influenza types A and B viruses. Flu activity often begins in October in the U.S., peaks December through February, and sometimes lasts until as late as May.

Although flu and the common cold share many symptoms, they are vastly different.

For example, symptoms of cold arise gradually and are milder than those of flu, whereas symptoms of flu come on quickly, are intense, and may result in severe health problems such as pneumonia, bacterial infections, and hospitalizations.

Certain groups of people are at a greater risk of experiencing complications from flu. These groups include young children, pregnant women, adults over the age of 65 years, and those with chronic medical conditions.

And, unless you lock yourself away from everyone and everything, there is no foolproof strategy for dodging the flu completely. That said, steps can be taken to minimize your exposure, build up your immunity, and reduce your risk of infection.

GET A FLU SHOT

Getting a flu shot is the single best thing that you can do each flu season to protect yourself from severe illness.

A flu shot offers the best protection from flu viruses.

Seasonal flu shots — created to protect against three or four flu viruses that are believed to be the most common during a specific flu season — are vaccines that are usually injected into the arm with a needle.

Flu vaccines trigger antibodies to develop in the body, usually within 2 weeks of having the shot. The antibodies provide protection against the strains of flu infection contained in the vaccine. Although the flu shot may have side effects in some people, it cannot cause flu illness.

The flu vaccine saved 40,000 lives in the U.S. between 2005 and 2014 and can even decrease the likelihood of complications and death — even when infection fails to be prevented.

WHO SHOULD GET THE FLU SHOT?

Everybody over the age of 6 months is recommended to get an annual flu vaccination, according to the Centers for Disease Control and Prevention (CDC). Several flu shots are available depending on age and whether you are pregnant or have a chronic health condition.

Children under 6 months old are too young to receive a flu shot. People who have life-threatening allergies to any ingredient in the vaccine or have ever had Guillain-Barré syndrome should discuss the flu shot with their doctor before getting vaccinated.

Between 151 million and 166 million doses of injectable flu vaccine are estimated to be available for the 2017–2018 flu season. When the supply of the vaccine is limited, priority will often be given to:

DOES THE FLU SHOT WORK?

When the flu vaccine is “well matched” to the circulating flu viruses, the flu shot can reduce the risk of flu by 40–60 percent.

A good match occurs when the viruses in the vaccine and the circulating flu viruses in any given flu season are closely related. The antibodies generated as a result of the vaccine will then effectively protect against infection from flu.

If the viruses contained in the vaccine and the circulating viruses differ, the flu shot’s effectiveness may be reduced. In mismatched seasons, the vaccine may still provide some protection against flu illness and related flu viruses.

RESEARCH HAS FOUND THAT THE RECENT FLU SHOTS ARE EFFECTIVE IN THE FOLLOWING WAYS:

As well as getting vaccinated, good health habits also act as a line of defense against the flu.

Practicing good health and hygiene habits can help to prevent the spread of flu.

Flu is extremely contagious, able to spread from one person to another standing within 6 feet via droplets produced when coughing, sneezing, or talking or by touching contaminated surfaces.

A study that was conducted by the University of Maryland in Baltimore found that those with flu contaminate the air around them simply by breathing.

Other research demonstrated that one single doorknob or tabletop could spread a virus to 40–60 percent of workers and visitors within just 2–4 hours of contamination.

The findings highlight the importance of good hygiene practices in the workplace and public places plus the need to go home as soon as possible when symptoms of flu begin.

A FEW SIMPLE STEPS TO AVOIDING THE SPREAD OF FLU VIRUS:

Flu antiviral drugs are prescription medications that reduce flu severity and complications and may prevent you from getting flu when taken before getting sick.

Flu antiviral drugs can help to reduce symptoms when taken during the first 2 days of flu.  Antiviral drugs work by fighting the flu virus and preventing it from multiplying in your body.

Treatment is not required for most people with uncomplicated flu. Symptoms start to improve with plenty of rest, fluids, and use of over-the-counter medicines.

Your doctor might prescribe antiviral drugs as a treatment or preventative option if you are at an increased risk of severe flu complications.

So far, the Food and Drug Administration (FDA) have approved three flu antiviral drugs that are recommended by the CDC against the current circulating flu viruses:

When antivirals are used within 2 days of flu symptoms starting, they may reduce symptoms and shorten the time that you are sick. Antivirals may also prevent ear infections in children and hospitalizations and pneumonia in adults.

Antivirals can also reduce the risk of death in individuals with flu severe enough to be admitted to the hospital.

While antivirals might be a potential treatment option, some doctors approach them with caution in treating the flu. The Cochrane Collaboration and The BMJ conducted research in 2014 that questioned the benefits and explored the harms of Tamiflu and Relenza.

Antiviral drugs are not a substitute for the flu vaccine.

The immune system protects your body from infection. When it is in tiptop shape and functioning properly, the immune system launches an attack on threats — such as flu viruses.

Help to maintain your immune system by eating a balanced diet rich in fruits and vegetables.

FINDINGS FROM STUDIES SURROUNDING THE IMMUNE SYSTEM AND THE FLU:

Quitting smoking could be a useful preventative measure against flu — not only for you but also for your children, family, or anyone else who lives with you.

Smoking may cause an overreaction of the immune system to flu, which has an adverse effect on health.

People who smoke have a more exaggerated response to viruses, including the flu.

Flu virus symptoms that are often mild in those who do not smoke could have a severe effect on people who do. For example, smokers are more likely to die than non-smokers during flu epidemics.

Researchers at the Yale School of Medicine in New Haven, CT, conducted an experiment that revealed that exposure to cigarette smoke from two cigarettes per day for 2 weeks triggered an overreaction in the immune system of mice when exposed to the flu virus.

Although the mice’s immune systems cleared the flu virus normally, there was inflated inflammation and higher levels of tissue damaged than would be expected.

These findings suggest that flu severely affects people who smoke not because they can’t fight it off, but because their immune system overreacts to the virus.

Lead author Dr. Jack A. Elias, the chair of internal medicine at Yale School of Medicine, compared the reaction of smokers with using a sledgehammer rather than a fly swatter to get rid of a fly.

The University of Rochester Medical Center in New York also discovered that “children who are exposed to secondhand smoke” have a higher chance of needing intensive care and longer hospital stays when hospitalized with flu.

Is it safe to consume energy drinks in any quantity?

Why more people are eliminating dairy…